Designed by the prominent, Roanoke-based architectural firm Eubank and Caldwell, the four-story H. L. Lawson & Son merchandise warehouse’s construction in 1925 was part of a historic transition in the regional economy. Roanoke boomed in the 1880s because of its selection as the junction, headquarters, and center of locomotive industries for the Norfolk & Western railroads. Roanoke citizens were surrounded on all sides by evidence of the relationship between transportation, urban growth, and economic expansion, a continuing concern which led members of Roanoke’s business community to scrutinize the economic potential of automobile and truck transport in the early decades of the 20th century.

In the 1920s, Harry Leland Lawson (1877-1948), a local insurance executive, merchant, banker, and secretary-treasurer of a local Ford franchise stood at the forefront of an energetic group of residents who promoted highway development and truck transport. Lawson pursued this vision with a sense of the huge potential of trucks to complement and expand Roanoke’s rail-borne commerce. The design of the 1925 warehouse on Campbell Avenue SE he commissioned exemplified much of the fresh thinking about the relationship between the various transportation systems and economic development. Capitalizing on the hilly topography of the site, Lawson built a warehouse that efficiently integrated rail and road. A Norfolk & Western spur track behind the building permitted the loading and unloading of rail cars at the third floor level of the warehouse. First generation Model T trucks, imported from plants in Detroit, could be driven directly from the bed of a rail car into the warehouse, loaded onto a freight elevator, stored, and eventually driven directly out onto a growing network of roads.

Seeking to perfect this integration, Lawson developed a filling station in the lots directly to the west of the warehouse and leased the east side of the ground level to a local mechanic. 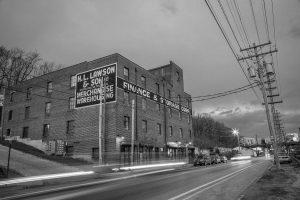 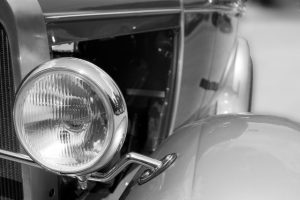 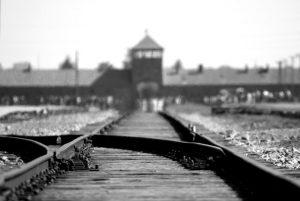 Experience downtown Roanoke living at its finest. Contact us to learn more!